POETRY: NOT FOR WOMEN ONLY 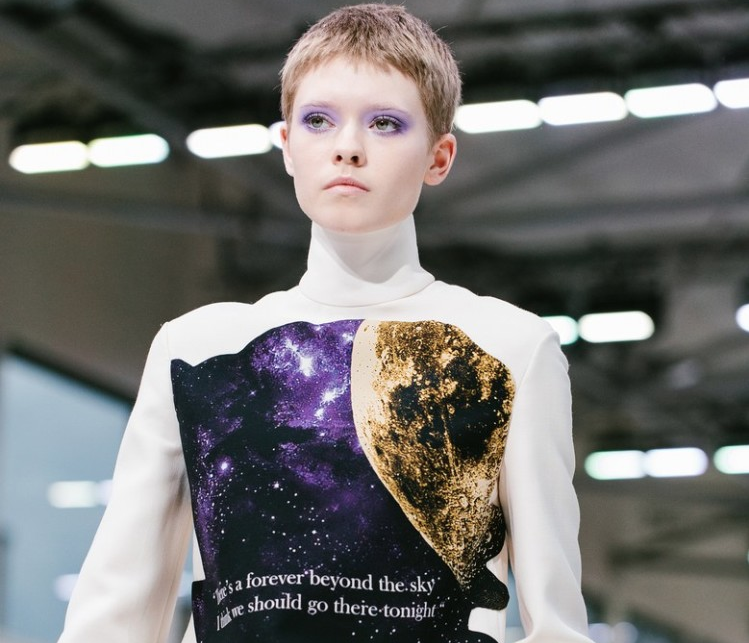 POETRY: NOT FOR WOMEN ONLY

Last week in Paris, designer Pierpaolo Piccioli brought an emotional element to the Valentino Fall 2019 show. While the designer has always had some sort of edge, delivering the fantasy, beauty and glamour that often come second to the practical and commercial, this show was like any other. For starters, a small book of love poems was left on every seat from a quartet of authors. In the forward he wrote, “poetry is the most intimate expression of freedom. Because freedom is what we all need now. Because ‘we do not want to be so dreamless now.’” As for the clothes, not only were they decorated with roses, butterflies and embracing marble-statue lovers, but strewn across many of them, were fantastical poetic lines. For example, Piccioli swapped his brand’s logo for phrases such as, “There’s a forever beyond the sky, I think we should go there tonight” and, “You thought I was too dark until I stretched into a galaxy.” These emotionally charged lines portray a sense of dark deepness and meaning with exogenous background, as he retreats from the mainstream realm and dares to enter the world of the unknown. Backstage Pierpaolo Piccioli expressed, “For me, it’s about more than clothes,”. Instead, it is a mean to express and spread powerful values.

2
OUT OF THE #DARK!
Beyond the borders of seriality